TALK TO AN ATTORNEY

California takes a tough stance on drunk driving. Driving under the influence (DUI) of alcohol or drugs is illegal in the state. The offense is punishable with penalties like fines, jail time and a loss of driving privileges.

Even a first-time DUI conviction comes with harsh consequences, as well as a criminal record that can affect your reputation and livelihood. If you have been arrested for drunk driving, you need an experienced DUI defense lawyer who will protect your rights when your freedom is on the line.

Drunk driving is a big problem in Southern California. Los Angeles has a DUI rate that is 8 percent higher than the national average. Around 26 percent of the county’s fatal motor vehicle accidents arise from alcohol.

According to the National Highway Traffic Safety Administration, more than 10,000 people are killed in drunk driving accidents each year. The California Department of Motor Vehicles reported that alcohol-related fatal accidents rose 5.8 percent in 2017. Of the total number of crash fatalities that year, a little over 33 percent involved alcohol.

Many people who are arrested for DUI in California assume their case is hopeless. This could not be further from the truth.

Law enforcement officers and prosecutors want you to believe they have airtight, science-based evidence against you. In reality, the methods used to prove drunk driving charges are not rock solid. Often, even cases with strong evidence do not hold up in court. A skilled DUI defense lawyer knows how to find the weak spots in a case.

Your lawyer may be able to negotiate a favorable plea deal on your behalf. In some cases, a prosecutor may offer to reduce a DUI charge to a wet reckless plea. A wet reckless plea is a non-DUI reckless driving charge with lighter penalties and no automatic driver’s license suspension.

Considerations in a DUI Defense 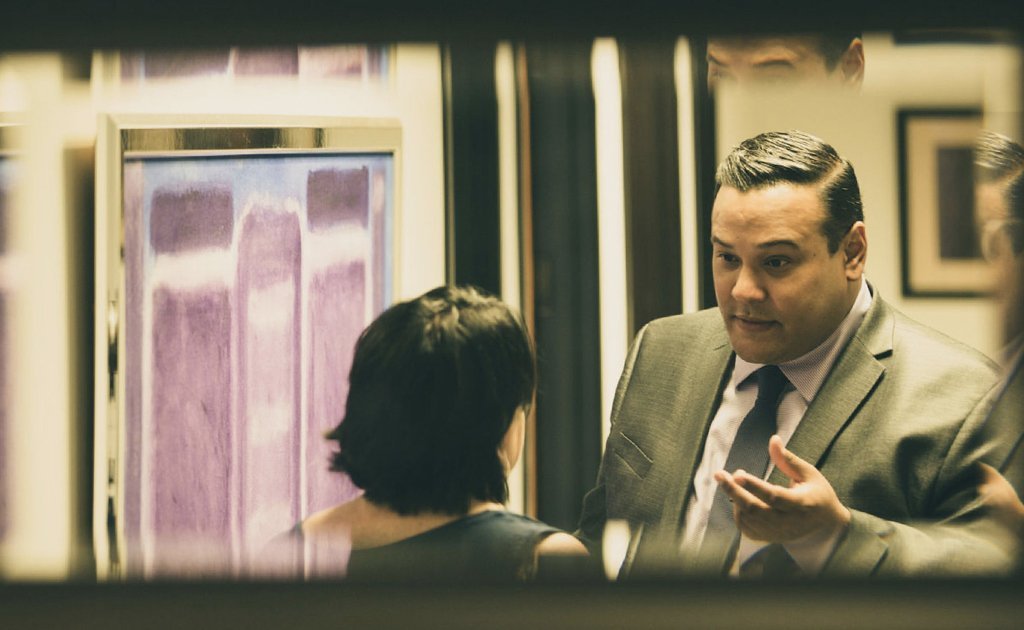 Increase your odds of winning

Amicus Legal Group has developed strategies for poking holes in all types of questionable DUI evidence. With an aggressive California DUI defense lawyer in your corner, the charges can be dismissed entirely or defeated at a jury trial. If a case cannot be won outright, we can fight for reduced charges or penalties.

Increase your odds of winning

Amicus Legal Group has developed strategies for poking holes in all types of questionable DUI evidence. With an aggressive California DUI defense lawyer in your corner, the charges can be dismissed entirely or defeated at a jury trial. If a case cannot be won outright, we can fight for reduced charges or penalties.

In 2018, 27 percent of drunk drivers with a blood alcohol concentration (BAC) of 0.08 or higher were between the ages of 21 and 24 nationwide. The age group with the second-highest percentage of drunk drivers was 25-to-34-year-olds, accounting for 26 percent.

Among convicted DUI offenders arrested in 2016, 73 percent were first-time offenders and 27 percent were repeat offenders. Almost three-quarters of DUI arrests that year led to convictions.

Under California law, drivers aged 21 or over are allowed to have a maximum blood alcohol concentration (BAC) of 0.08 percent. Anything above that number is likely to result in an arrest.

Under California law, drivers aged 21 or over are allowed to have a maximum blood alcohol concentration (BAC) of 0.08 percent. Anything above that number is likely to result in an arrest.

California DUI laws also apply to drugs. Remember though, the drugs do not have to be illegal in order for you to be charged with a DUI. Even common prescription or over-the-counter medications that affect driving ability can lead to a DUI charge. Painkillers and Benadryl are some examples.

Whether you are charged with DUI for alcohol or drugs, the penalties are the same. The difference is that a drug DUI does not carry an administrative license suspension. Your license will only be suspended upon conviction. You may also face drug possession charges.

There are situations in which a person with a lower BAC can still be charged with a DUI, which include:

California classifies DUI as a misdemeanor. The penalties get harsher with each subsequent offense, with a fourth DUI offense being charged as a felony. A DUI conviction can result in serious penalties. Having a drunk driving charge on your record will not just harm your reputation, but it can also restrict your freedoms, such as your ability to drive. 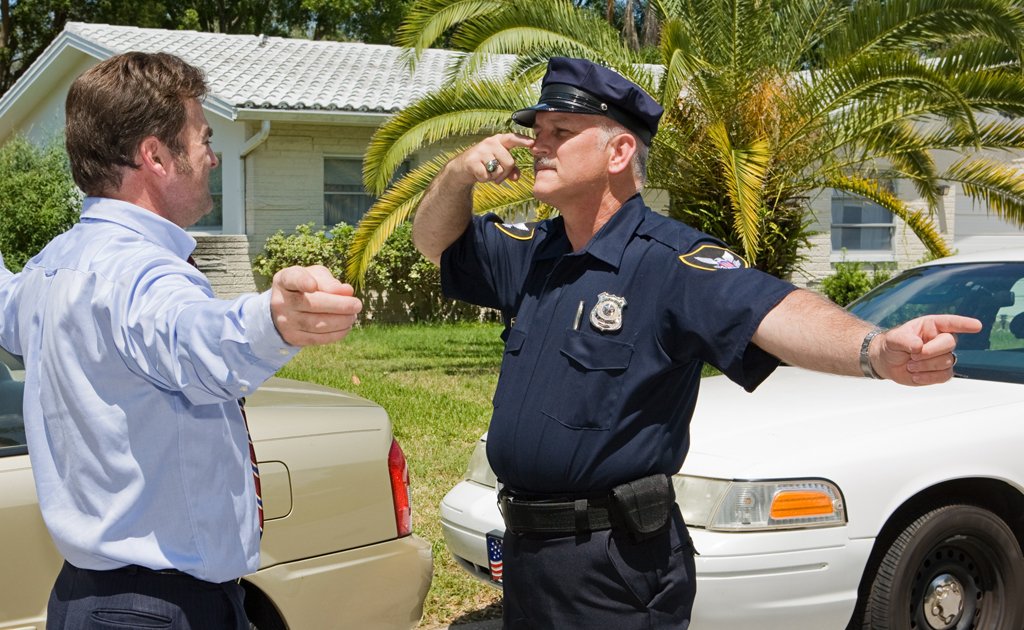 California classifies DUI as a misdemeanor. The penalties get harsher with each subsequent offense, with a fourth DUI offense being charged as a felony. A DUI conviction can result in serious penalties. Having a drunk driving charge on your record will not just harm your reputation, but it can also restrict your freedoms, such as your ability to drive.

Along with a driver’s license suspension, punishment for a DUI conviction can include:

There are also other factors that can complicate drunk driving cases and lead to additional penalties for the driver. For example, a DUI charge may be “upgraded” if the driver has a history of drunk driving convictions. Here are some possible aggravating factors in a California DUI case that may lead to enhanced penalties:

The right attorney makes all the difference.

Having an experienced DUI defense lawyer on your side can make all the difference when navigating complex drunk driving laws. Amicus Legal Group can fight for a reduced penalty on your behalf and help minimize the harshest consequences of a DUI conviction.

Do I Have to Take a Breath or Blood Test in California?

The short answer is yes. Most California DUI arrests begin when a driver is pulled over in a traffic stop or at a checkpoint. The police officer will typically ask you to perform field sobriety tests and take a breath or blood test. Many people do not realize that refusing to take a breath or blood test is illegal and can result in tougher penalties. If you are arrested for DUI, there are two main types of chemical tests you can be asked to take.

A breath test requires you to blow into a breathalyzer for a few seconds to measure the amount of alcohol in your breath. It gives immediate results and can be done roadside, at the police station or hospital.

A small blood sample is taken from you in a hospital. Results can take days or weeks as the sample is sent to a lab for analysis.

California has an implied consent law, which means that anyone who has been lawfully arrested is required to submit to a breathalyzer test as a part of being allowed to receive a license. In addition to the standard penalties for a DUI conviction, a refusal can result in additional punishment such as a one-year driver’s license suspension.

If you did refuse the test, your attorney can fight the refusal charge. Even if chemical test results indicate your BAC was over the legal limit, there are ways to dispute the evidence. While breathalyzers may seem scientific, they are not foolproof. When you have a knowledgeable California DUI defense lawyer in your corner, you have the best chance of avoiding extra penalties.

Will I Lose My Driver’s License if I am Arrested for DUI in California?

It is possible to contest a license suspension, but you only have 10 days to request a DMV hearing. Here is what you need to know: 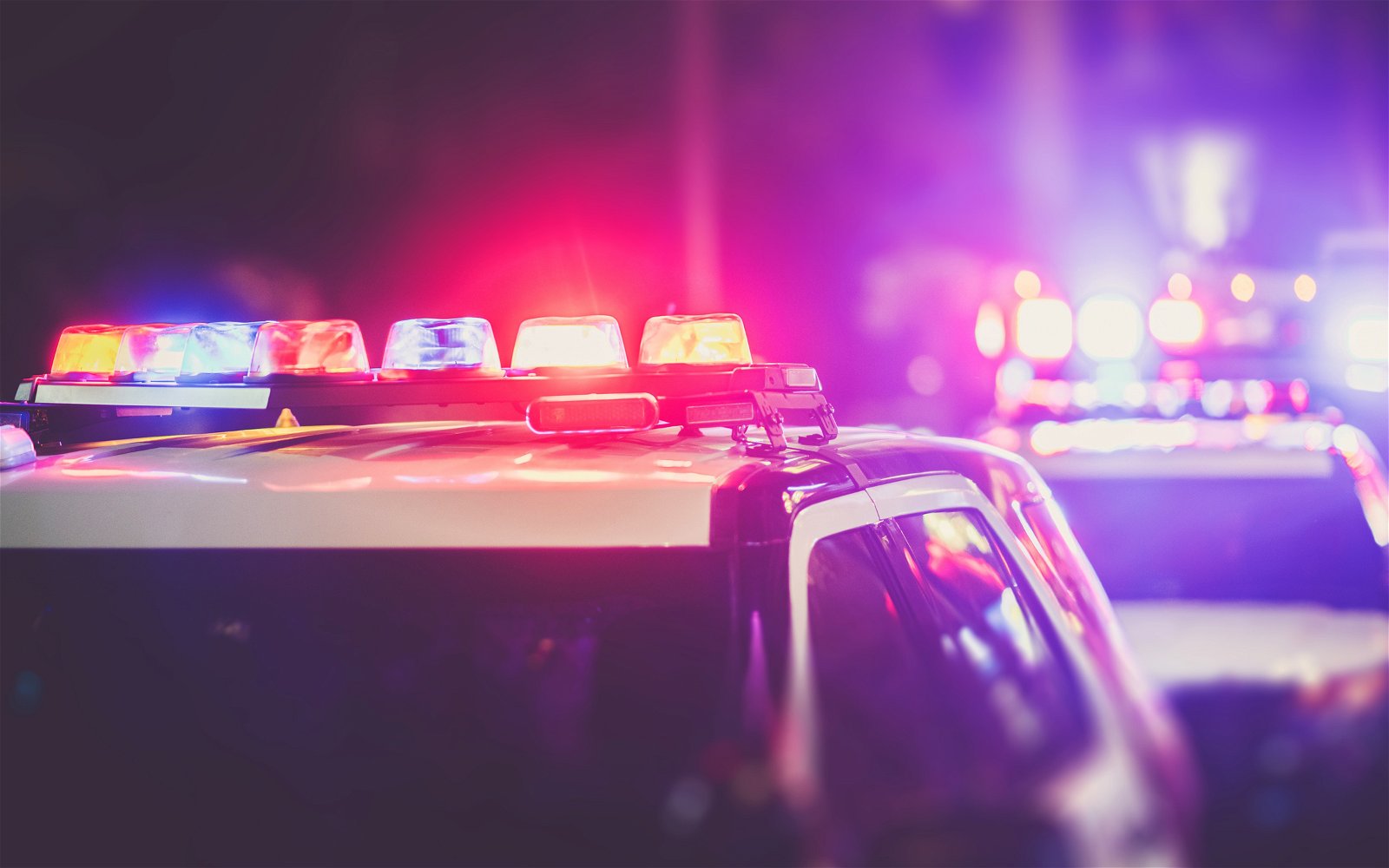 When you are arrested for drunk driving, your driver’s license will be taken away and you will not be able to drive anymore. A police officer will give you a notice of suspension that serves as your temporary driver’s license, which expires in 30 days. 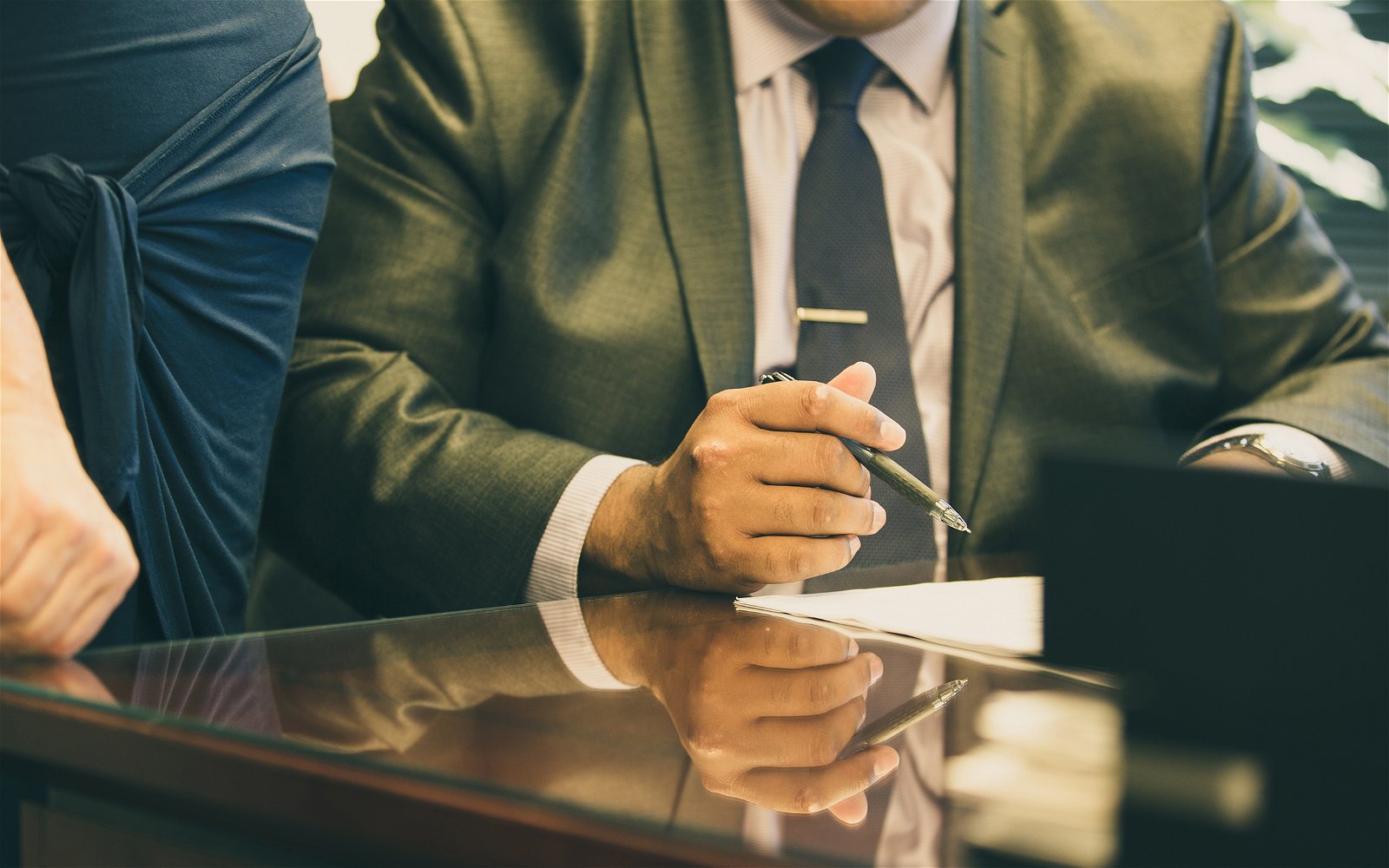 You have 10 days after your DUI arrest to request a Department of Motor Vehicles (DMV) hearing. If you miss this deadline, you give up your right to a hearing and will face an automatic administrative license suspension once the 30 days expire. 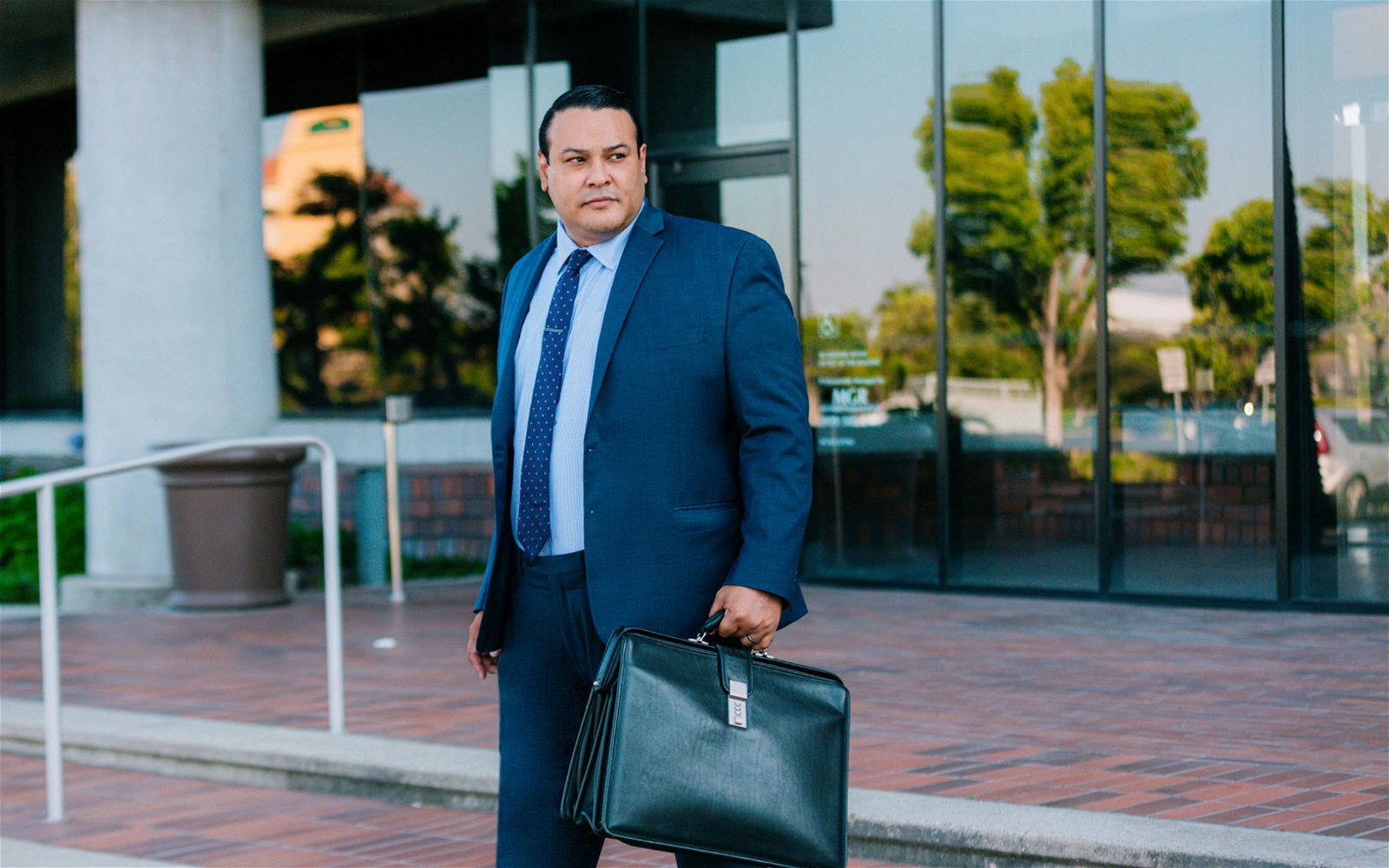 Talk to an Attorney

Hiring a DUI defense lawyer to represent you at your DMV hearing can significantly improve your chances of a favorable outcome. The lawyer will challenge the evidence against you and examine witnesses, such as by questioning whether your arrest was lawful or not.

The California DUI defense attorneys at Amicus Legal Group understand the ins and outs of DMV hearings. We will fight to protect your driving privileges and convince the DMV not to suspend your license. We can also use the hearing as an opportunity to gather evidence that may prove useful in court later. For example, subpoenaing breathalyzer maintenance logs can reveal a history of inaccurate readings.

What a DUI Defense Lawyer Can Do for You

Fortunately, a DUI arrest does not mean game over.

Getting arrested for drunk driving in California can be overwhelming. When you are facing DUI charges, your freedom and driving privileges are at risk. Although the majority of DUI offenses are misdemeanors, they can have lasting consequences on your reputation.

If you have been arrested for DUI in California, contact Amicus Legal Group right away to discuss your legal options.

We represent clients in San Bernardino County, Riverside County and throughout the Los Angeles area. Schedule a free consultation to speak to a qualified California DUI defense lawyer today.

We have years of experience helping clients beat DUI charges and a deep knowledge of California’s drunk driving laws. From representing you at your DMV hearing to fighting your case in court, we are with you every step of the way. Our top-notch DUI defense lawyers aim to get the best possible outcome in your case.

John-Paul took my civil case when no one else would because other lawyers didn’t have confidence in my daughter who has special needs to testify, if needed. John-Paul won her case against the school district without a jury because he cared about my child, believed she was honest and deserved justice. He still doesn’t mind taking my calls whenever I have a question regarding her case.

John-Paul is well known in our community as a smart and effective criminal defense lawyer who is sensitive to his clients’ situations and responsive to their needs. I refer my clients to him with confidence when they need help with the criminal justice system.

I had the pleasure of working a very large scale drug case with Mr. Serrao, representing co-defendants. Mr. Serrao was a pleasure to work with. Highly skilled and very aggressive in his advocacy on his client’s behalf. I highly recommend Mr. Serrao for anyone looking for a criminal defense attorney.

John-Paul is a superb attorney. He was my mentor when I was in law school, and now as an attorney I still go to him for advice on complex cases. When my brother required representation I referred him to John-Paul. That is how highly I think of JP as an attorney. I would highly recommend him to anyone who needs representation.

Occasionally you meet another attorney who is so impressive both personally and professionally that you want to be affiliated with them in any way you can both personally and professionally. That is how I feel about John-Paul. I not only consider him one of the finest attorneys I know, but I now proudly call him my friend. He is among the very best.

Mr. Serrao worked on my DUI charge earlier this year and all I can say is WOW! Not only did he keep me updated with the case but his knowledge of the process helped calm my nerves, which was very important to me. He showed care for me as a client and I can’t thank him enough. I would recommend him to anyone in need of a quality criminal defense attorney.